Yamaha releases the new Mariachi, Norteno & TexMex pack, expanding on the success of the Banda Pack released earlier. This pack contains 3 different categories of musical genres: the Mariachi with real Vihuela, Guitarron, Mariachi Trumpets and more; the Norteno with the accordions and Bajo Sexto that provide that iconic Norteno sound; and the TexMex that is influenced by the Norteno, but uses more contemporary instrumentation, a little more sophisticated harmony and syncopated drums. The new samples featured in this pack are used to build a variety of Mega Voices, used for programming the Styles and to make playable Voices for the performer to solo with. Also included in this pack is a number of Gritos (calls) and Chifidos (whistles), providing a high level of authenticity.

PLEASE NOTE: Contents may vary depending on the models.

New Voices and Styles packs are being delivered as encrypted data. You must use Yamaha Expansion Manager (YEM) to create a pack install file to load this pack into your instrument. 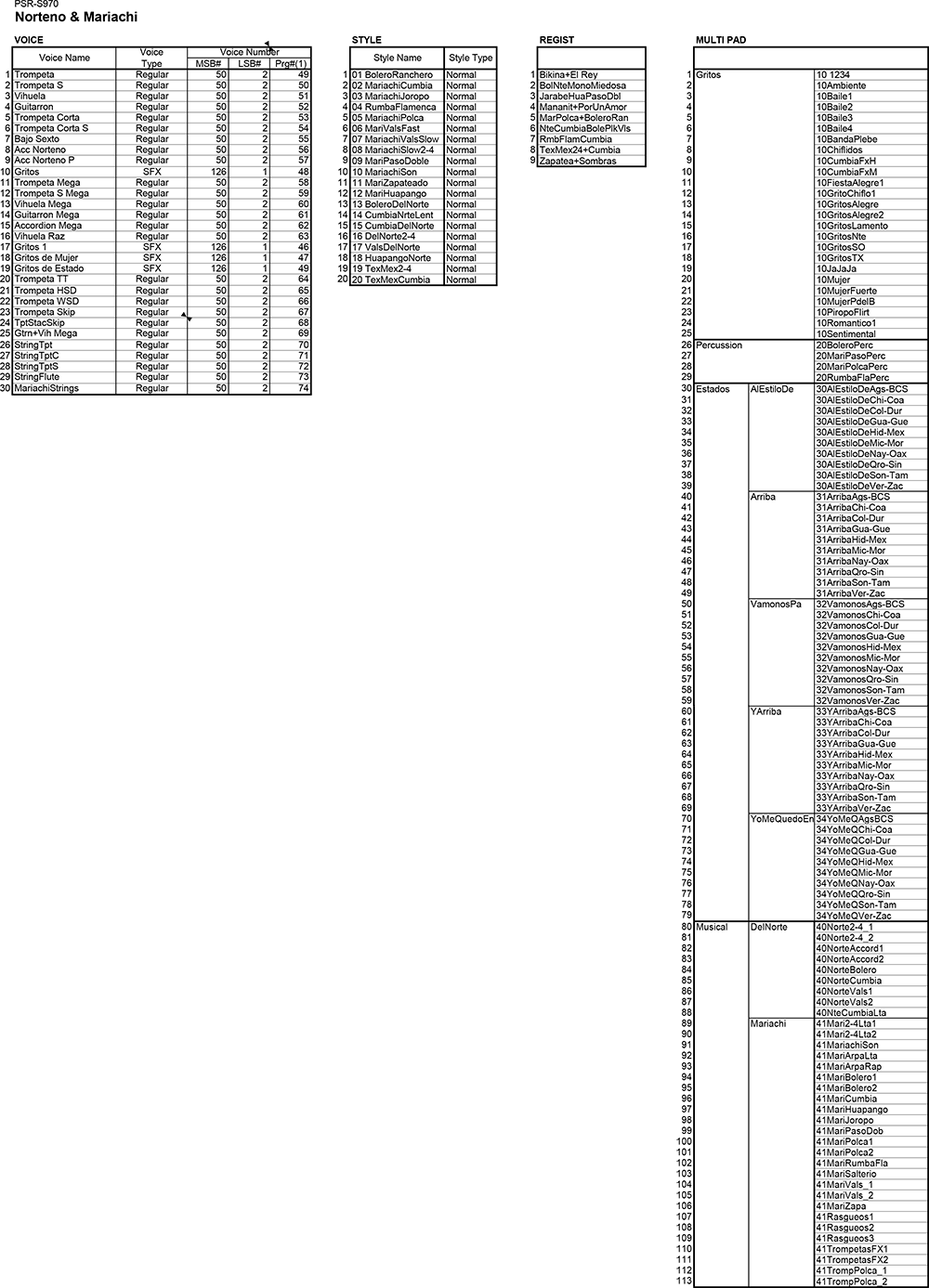